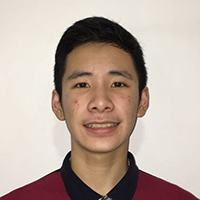 Hello everyone! My name is Carl and I'm half Filipino half Chinese. I was a foregin student until recently as I was entilted citizenship back in 2014. I've been on my journey in Singapore as student for almost 5 years now and I'm currently pursuing Diploma in Information Technology in Singapore Polytechnic.

MORE THINGS ABOUT ME:


One of my hobbies is playing video games, not just casual video games but a competitive one on top of that. As far as I could remember, I've been playing games since at the age of 3. I'm not sure if that's a good thing or what but I truly enjoy playing them. The games I'm currently playing are League of Legends, Playerunknown's Battleground, Counter Strike: Global Offensive and Overwatch. Each round and game just feels different from the previous one, and not to mention, the competitiveness of each game makes me feel accomplished whenever I hit a certain milestone. This is what probably drives me to continue playing.


Video games is the main reason why I took a keen interest in programming. I was curious at how games were made. At first, I thought games were easy to make and games would just appear out of nowhere. But then, I realised that thousands and thousands, if not, millions of lines of codes are needed to make one. I thought it would be amazing it could be if I could make my own one. That's when I knew that I should pursue and learn programming for my career.